Green roofs might be the G.O.A.T., but they’re not without challenges 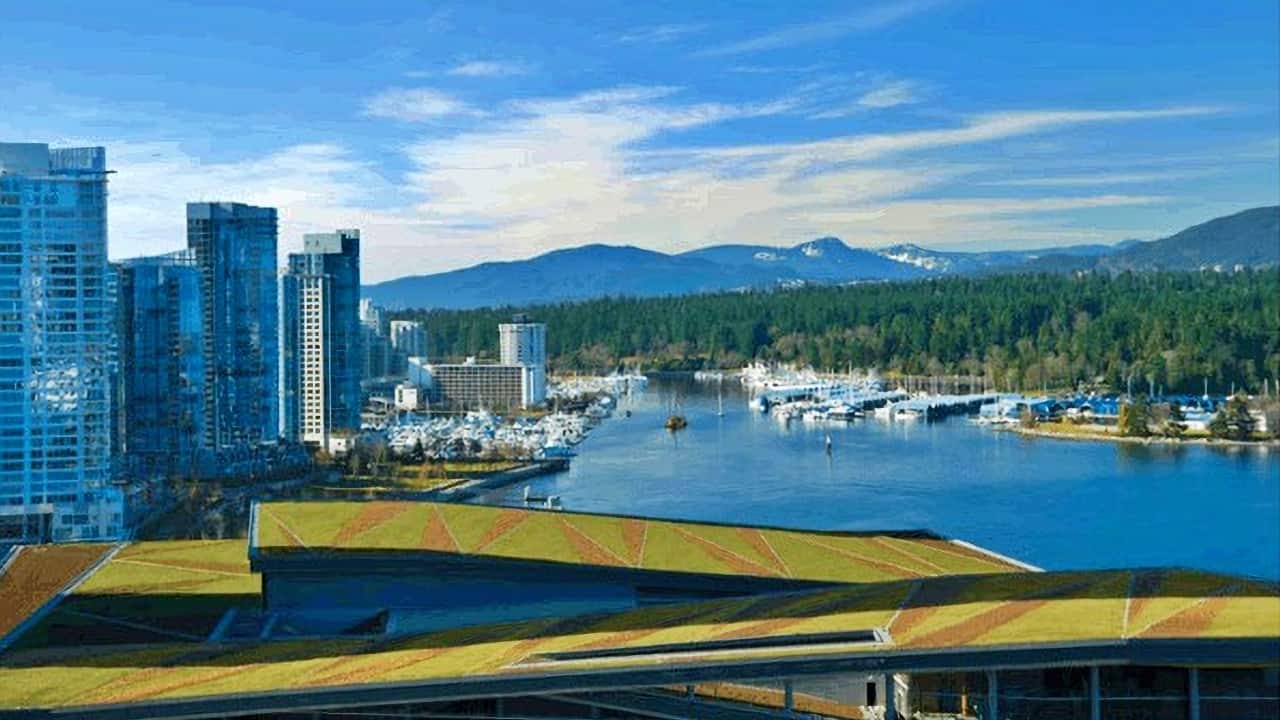 The village of Coombs, B.C., is a small community on the eastern side of Vancouver Island, a stone’s throw from Nanaimo, the mid-island berthing point for the B.C. Ferries.
It’s the kind of place you stop on the way to somewhere else, a chance to stretch your legs, get some fresh air and snacks, and meet Willy, Minyon and Nibbles, three of the approximately 1,300 personalities who make up Coombs’ population.
They’re easy to find; they’re the goats living on the grass-covered roof of the Coombs Old Country Market, and they’re world-famous — just ask anyone from Coombs.
The market’s sod roof predates the caprinae who live on it, its, erhm, ‘roots’ being traced back to market founders Kristian and Solveig Graaten, who immigrated to Canada from Norway. Kris grew up in a farm community near Lillehammer, where many of the traditional homes and farm structures burrowed into hillsides, capped by the sod roofs that were almost a natural extension of the ground.
The benefits of this construction technique has benefits are backed by thousands of years of evidence. The grass roofs provide a natural insulation — the house stays warmer in the cold months, cooler in the hot ones.
The vernacular architecture is still commonly utilized across Europe, and that European influence made its way across the Atlantic to North American cities in the past half-century. Many high-density urban centres have adopted the grass roof for reasons beyond just the insulating properties.
Toronto was one of the cities leading the green charge, in 2009 becoming the first North American city to pass legislation requiring all new builds of more than 2,000 square metres to have as much as 60 percent of its roof structure to be covered by vegetation. The Green Roof Bylaw, which stated any new institutional, commercial or residential developments within the certain parameters have green roofs, has led to the construction of more than 700 such roofs in Toronto.
The largest is the recently completed McNicoll Bus Garage in Scarborough, which houses up to 250 transit buses under a 14,418 square-foot roof covered in several different types of sedum, a colourful and drought-tolerant succulent.
The benefits of green roofs in the urban centres are the mitigation of noise reduction, improved air quality and reduction in airborne particulate, a long with the obvious cost benefits and reduced drain on the power grid due to the insulating properties. If enough roofs were covered by the solar absorbing layer, it could even reverse the microclimate caused by the urban heat island effect.
Green roofs can, when properly maintained, double or even triple the lifespan of your roofing asset, sheltering it from the degrading effects of UV radiation or precipitation.
But they are expensive; the supporting structure must be able to handle the increased load caused by the weight of the soil, water and other roof structures, and the waterproof membranes generally have a lifespan of around 30 years. Replacing the membrane also means removing all vegetation first, and starting from scratch.
Leaks and roof repairs also mean removing the green, but in the case of the McNicoll garage, they opted to use more than 90,000 separate trays of sedum. If there is a leak, the impact to the roof is limited to the areas where those trays are removed to access the roof underneath.
While incentives and rebates are available to retrofit existing roofs to green ones, the market is still an immature one in North America. Government action, like Toronto’s Green Roof Bylaw, have been the main motivators for change, but the idea of ‘Vertical Forests’ and green roofs are beginning to be adopted more frequently.
The positive environmental impacts, both in terms of the human health, corporate wealth and reduction of landfill waste of roofing and HVAC assets — by reducing the strain on those systems — cannot be denied, and it might just be only the beginning of the green wave.
It should be noted while RMS is a firm believer in proactive techniques and maintenance to extend the lifespan of your roof, we cannot provide the goats to mow your roofs. For that, you’re on your own.

James Adams has been a journalist and writer for more than 25 years, working for print, web and broadcast organizations. He grew up canoeing and fishing in the lakes, streams, oceans and straits of British Columbia, where he was once almost eaten by an Orca. Seeing first hand the plastic and pollution clogging the waterways amplified an innate love of nature and the desire to increase awareness of the steps we could take to protect the environment. (Except for the Orcas. They can go kick rocks.)